There has been another development proposed on the Brookdale Golf Course. I have yet to learn if the developer is aware of, or even cares if, there are wagon ruts from the northernmost route of the Oregon Trail there. Certainly, there is an official Oregon Trail marker on Brookdale Road in front of the Golf Course. Several years ago, when a development proposal was stopped, I was offered a golf cart and a chance to tour the premises, whereupon I took many photos.

The current proposal is in a postponement phase of indeterminate length. Neighbors discovered the presence of the development plans accidentally, not by notification. This is indeed a gripping reason that notification is urgently important for developments. The current County Council has a proposal in committee to change Title 18 Development Regulations that includes the stoppage of notification processes. If you never write to your council person, that alone is an extreme example of a time you need to speak up.

The Parkland Group has invited the developer to a public meeting on January 11, 2017 at 6:30 p.m. at Elmhurst Elementary School, 420 133rd St E, Tacoma, WA 98445. This will be an opportunity for them to explain the project and for the community to ask questions and you to request modifications that maintain our historic site.

The Longmire Party of 1853 was the first group to cross Naches Pass, the road was not even completed. The group had to wait at the top of the pass at the end of October 1853, slaughter 3 oxen, tan hides and create rope to let the wagons down the mountainside above Greenwater. The site of that wagon lowing is marked by Boy Scout made signs up on the #70 Road 2 miles above Greenwater on SR410. That group included the James Longmire family, the Benjamin Wright family, which settled on the land that became Marymount, and the Mahons, who owned the Donation Land Claim that is now the Brookdale Golf Course. The Christopher Mahon family welcomed new settlers and cared for them until they could establish their own homesteads. The Mahon family cemetery is located on the golf course. These facts are noted in most every Pierce County History book.

Wagon trail across the golf course at Brookdale 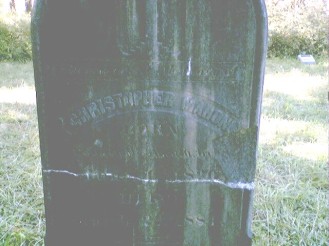 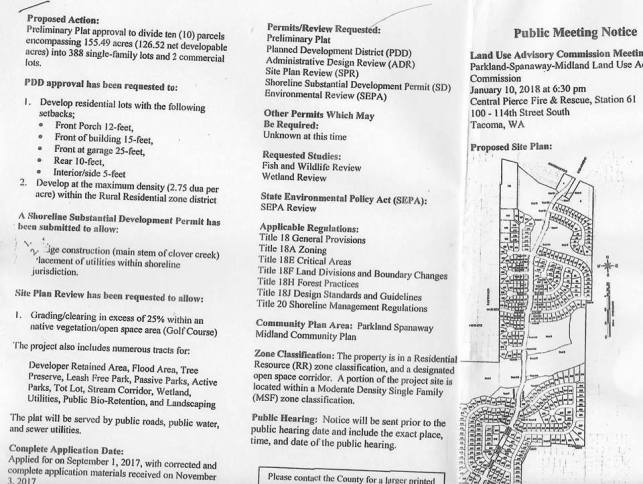