FREDERICKSON, WA — Near Liberty Middle School and Pioneer Valley Elementary School there is a wetland that crosses under 204th Street and under Eustis Hunt Road. This area, called an oxbow has a rising water table when the groundwater reserve is full. The heavy rains we have had this winter, combined with some alterations in the flow on this oxbow from nearby developments have created serious high water conditions, flooding some roads and older residences.

Pierce County’s current Planning and Land Services Director worked for the engineering firm for the housing development in these photos, before he joined Pierce County. Some of the activities during the construction brought on a ‘red tag’ from the State Department of Ecology due to astute residents that knew a little about themselves. Corrections were made by the developer as requested by the state. Yet locals today are saying this is the worst flooding they have ever seen in this location.

I got photos of the hardest hit, Terry & Amy Pike’s residence and Steve Murray’s farm. My sister and I flew overhead after I took the ground shots. Amy Pike supplied a couple photos of her yard they day before they started sandbagging and sump pumping their yard.

Best wishes to everyone in the vicinity that the water table doesn’t rise anymore. This is the same waterway I recorded the county contractor spraying herbicide into two years ago, not recognizing the signs marking the waterway. In the future, I hope better care is taken when any construction is considered in this area. 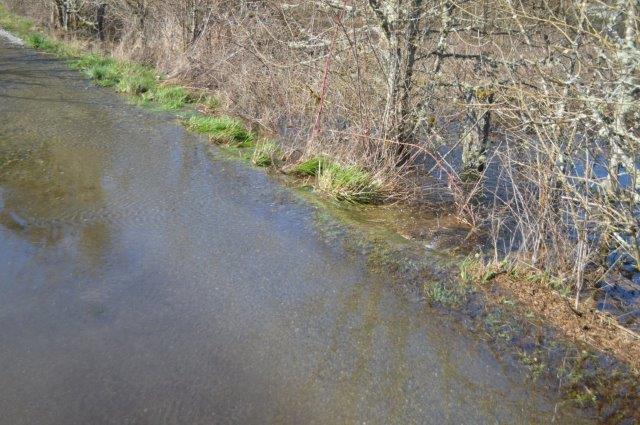 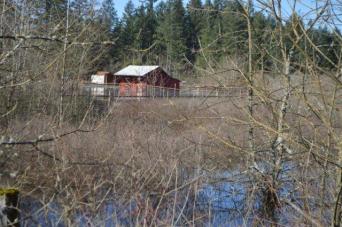 Not the boundary of wetlands I think

Maybe the boundary of wetlands for today, tomorrow, we are not sure 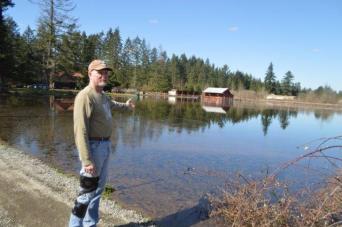 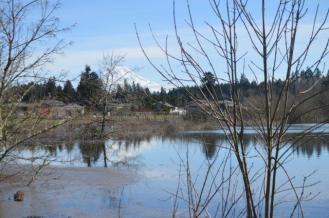 Barrier being placed by Pike’s to hold back water 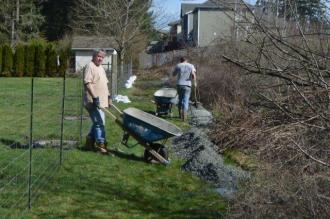 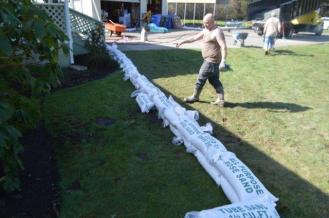 Terry Pike points to the high water line on his home 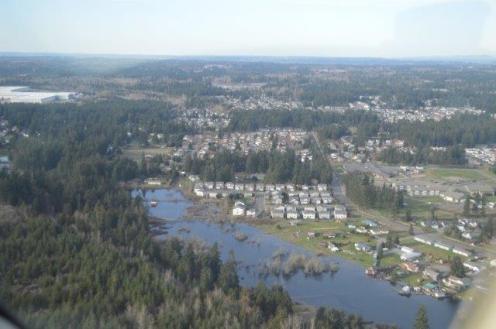 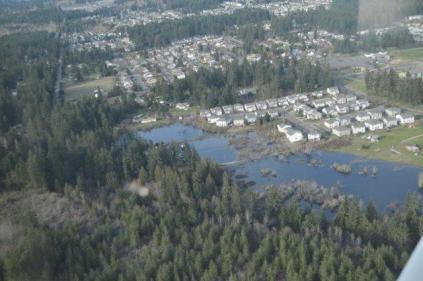 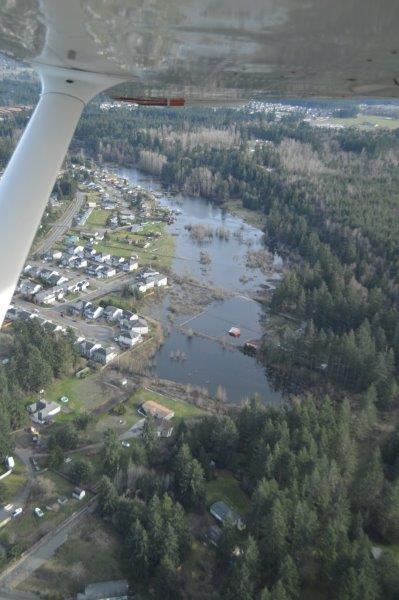