[Editor Note: This is the neighborhood I grew up in. My family property at nearby Shady Acres airport has been in the family since 1965.]

Around mid-July, large earth moving equipment started rolling across a former dairy farm along 208th Street East in Spanaway/Frederickson. A considerable portion of this land is Federally listed wetlands. 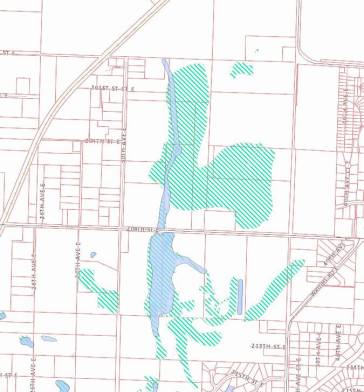 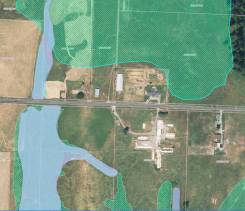 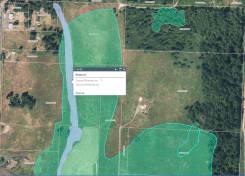 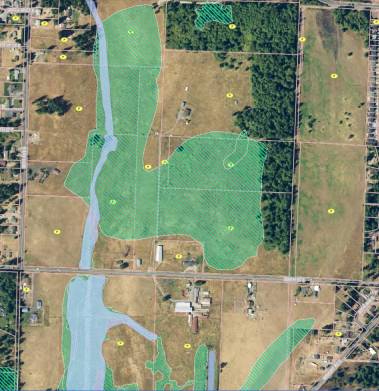 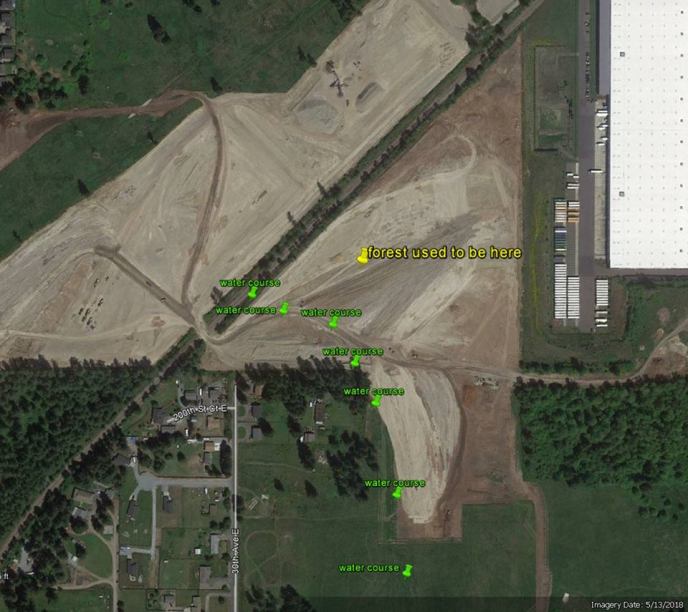 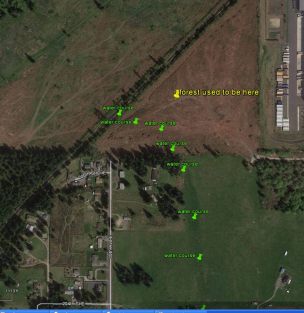 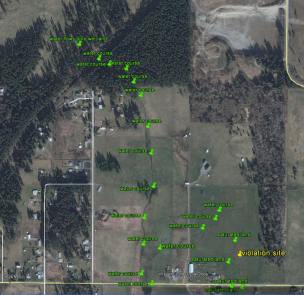 There is a stream across the property from North to South that often flows over the top of 208th Street in the rainy early months of the year. It is connected to ponds to the south in a treed area with 5 acres parcels. Those ponds and streams also rise considerable on 215th Street East, but there is only a little rural traffic that actually sees them.

In the process of  soil removal, grading and leveling, the small creek bed was completely removed on the north side of 208th Street. One parcel, still owned by the Starkel family, the former dairy owners, on the south side, has signage saying – Wetland Refuge. The two parcels they sold on the south side, that included the house, barn and silos were leveled and covered with piles of dirt from the north side. The long rectangular pond, called the “blood pond” from slaughtering days, is still present. The blood pond, when created, had it’s own history with local well contamination, according to nearby residents.

Many locals recall the diary often had large sprinklers spraying water mixed with manure which were considerably smelly for the neighbors within 1/2 mile any direction, depending on which way the wind was blowing.

Now, most of the parcels have been purchased by Sierra Pacific. In 2014, they sough permits to construct a large lumber mill, kiln and other lumber manufacturing facilities. The project was halted due to the kind of contamination the dioxins in tree bark can put into the soil and water on a wetland. The site sits over the sole source aquifer (SSA) of the mid-county. Logically, any contamination in an SSA can spread across the entire aquifer. This particular aquifer is recharged by, you guessed it, rainwater. Logically or maybe illogically, the county calls rainwater – storm water runoff. Maybe they need to understand, or be set straight on this, rainwater fills this aquifer making it the lifeblood of all the wells in the area, even the ones the water companies use. Where that water moves, some flows away and much soaks into the ground. This part of Pierce County has many places with soils and rock left from the Ice Age glacier that covered us south to the Bald Hills.

Mitigation is a land use game where the planners allow developers create fake wetlands to replace ones they are destroying to make use of a parcel of land for a different purpose. In order to make these changes, local, state and Federal laws are in place requiring experts, like licensed hydrologists to delineate (outline) where the actual wetland area is and what type of wetland it is. They wetland type determines whether it can be mitigated (moved to another location) or necessitates being left alone with setbacks for development.

Please note the use of the words “licensed hydrologists.” They county is not at liberty to hire any yay-who with a degree in planning (or not) to go out an decide if something is a wetland, or storm water runoff.

I mentioned that I grew up on Shady Acres Airport. In fact, flying clubs, picnics and campout fly-ins filled my childhood. In other words, I know many people who are pilots of aircraft of all types, including family. So my sister and I went flying last week, “around the patch” as it is called when you basically circle the area near the airport.

Here are the photos of the grading and soil removal area between 22nd Avenue, 38th Avenue, 192nd Street and to the south of 208th Street. 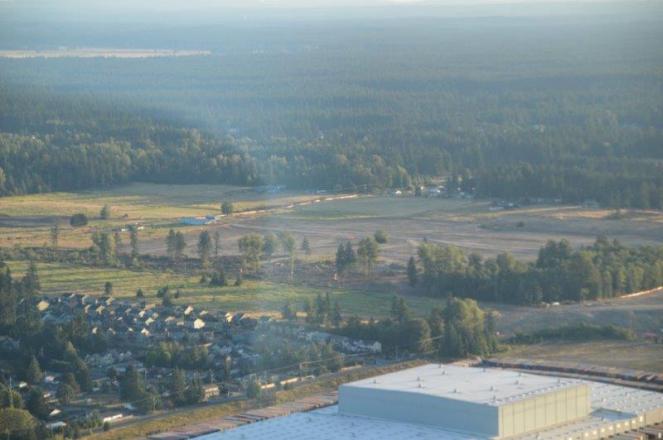 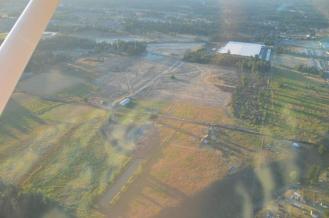 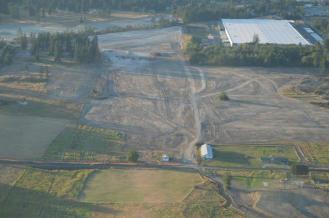 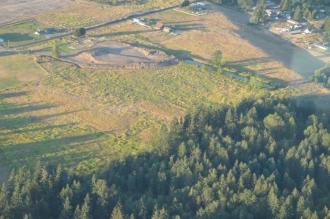 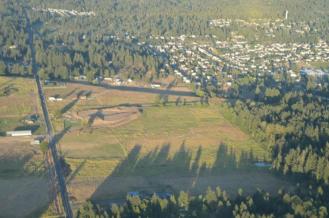 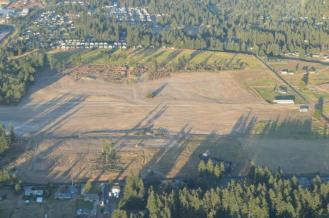 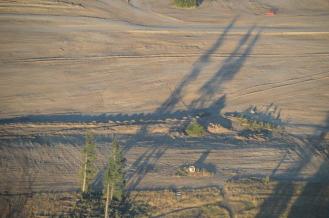 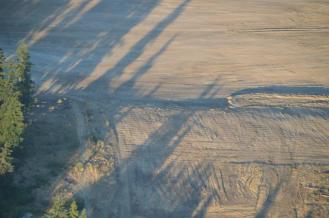 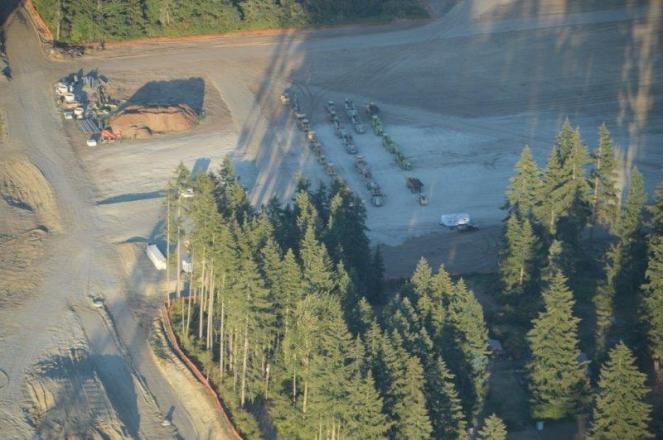 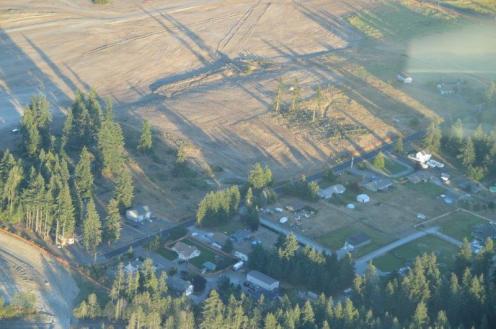 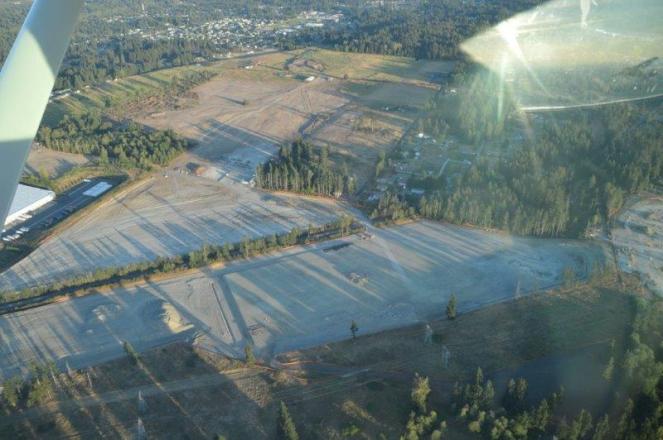 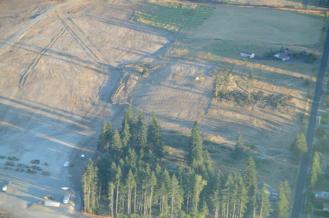 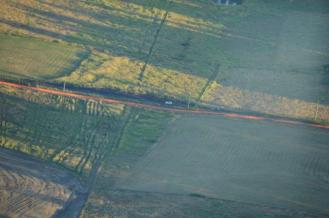 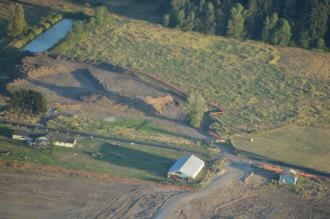 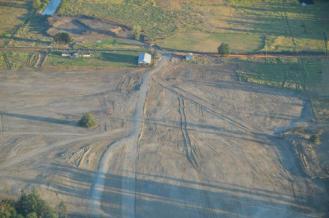 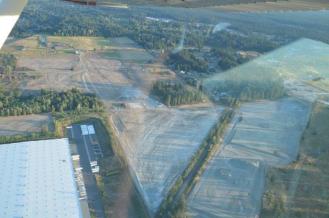 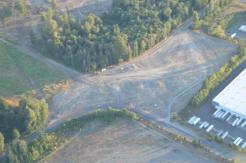 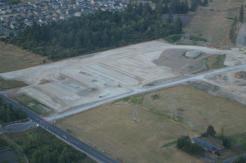 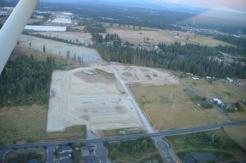 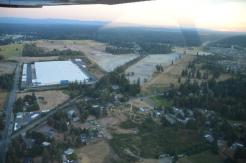 The plan is still to put a lumber milling operation on the land. It will operate 24 hours a day. (think backup beepers and air horn warnings)

Here is a link to the Washington State Department of Ecology’s data on permitting lumber mills and log yards.

Here is the site plan:

Project components for the Frederickson Industrial Park will be completed in three phases.

Phase I of development will be focused on the southern portion of the land acquired by SPI adjacent to 208th Street East and will include four major components: a stud mill lumber manufacturing facility, package boiler facility, utilities, and rail spur.   ***Ecology permits required for log bark contamination

The proposed second phase will expand upon the facilities developed Under Phase I.  ***Ecology permits required log bark contamination

Phase II also may include additional rail spurs or rail parking areas on the mill site for rail car storage.

Proposed Phase III development will include expansion of the industrial park beyond the sawmills and related facilities. This phase would occur primarily on the northern and western portions of the project site. Based on market demands, actions
proposed under Phase III could occur simultaneously with the site development actions envisioned in either Phase I or Phase II.
– – – – – –

If you are motivated to tell someone you think this wetland destruction was much worse than a bad idea, please do. Here are some people you should contact right away:

Pierce County sent a letter claiming links to permits. Our wetlands researcher has questioned the validity of the claims there were permits, saying they were outdated data and mostly letters from 2014. . In fact, the only confirmed permit was the one that was for squaring the corner at 200th Street and 38th Avenue for a traffic revision. The wetlands was downplayed to the U.S. Army Corps of Engineers (USACE) as 25 small wetlands in one of the letters. That is factually untrue as the maps above show. Researchers persisted until the proper file on the parcels could be found, but the damage, from the aerial photos, shows it may be irreparable.

The USACE has been contacted with formal complaints.