The Thurston County Veterans Council (TCVC) and Washington Department of Veterans Affairs will host an Armistice (Veterans) Day and World War I Centennial event in the Rotunda of the Capitol Building in Olympia starting at 10:30 a.m. on November 11, 2018.

Washington State will also join the world to commemorate the 100th anniversary of the Armistice with a tolling of the Bells of Peace at 11:00 a.m. The tolling of a bell is a traditional expression of honor and remembrance of those who served in World War I on Armistice Day. A Bells of Peace mobile application is also available via Itunes and the Google Play Store.

The event will feature guest speakers Congressman Denny Heck and Major General Willard Burleson, the Commander of the 7th Infantry Division on Joint Base Lewis-McChord.

World War I history tables will be set up by the Washington State Historical Society, Friends of Kilroy (military history group), the Fort Lewis Museum and others during the event.

A list of events taking place across the state can be found at this link. http://www.dva.wa.gov/list-2018-veterans-day-ww1-centennial-events-wa-state 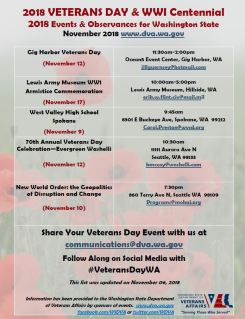 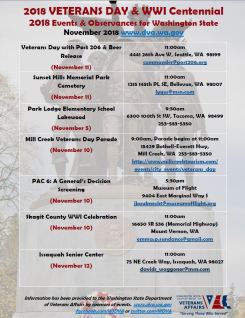 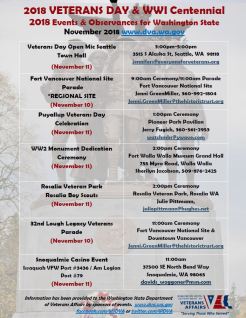 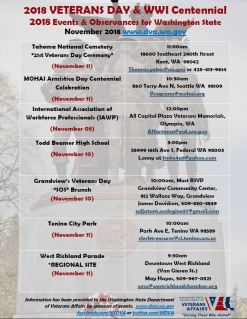 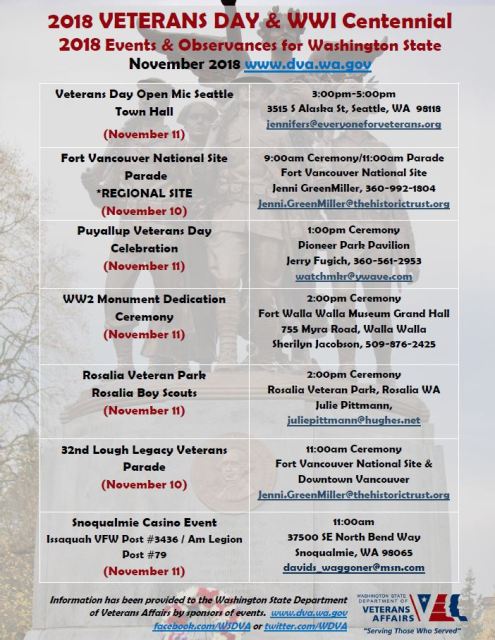 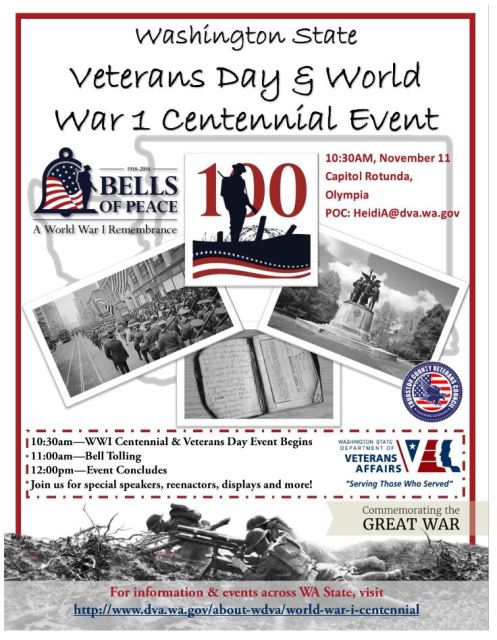 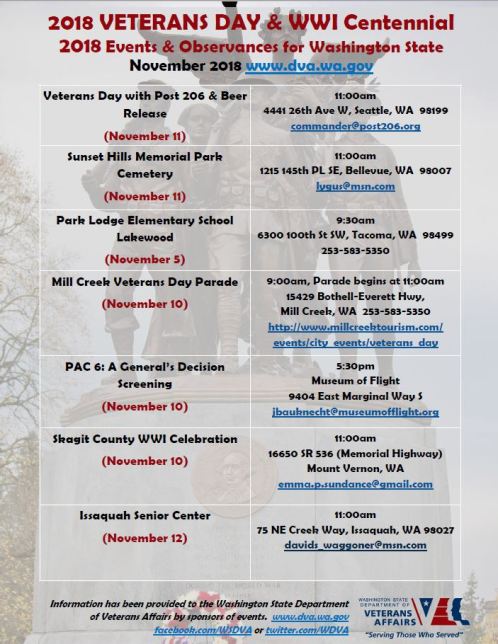 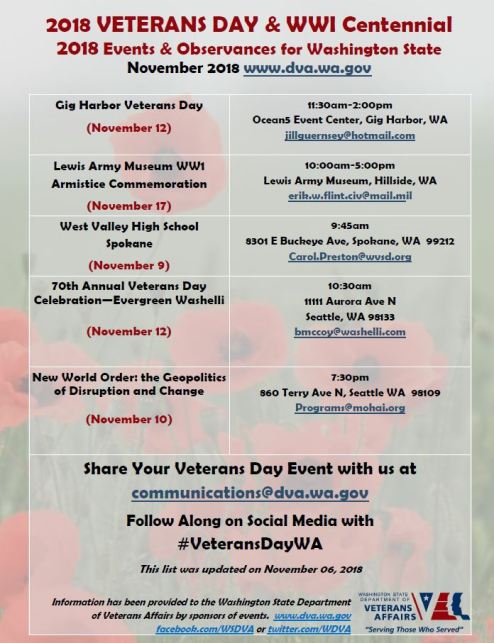