Flooding continues to plague the Pioneer Valley area in Spanaway/Frederickson.

Fir Meadows, which was built in 1968, has closed roads and swift water flowing in from the flooded playfield near the railroad tracks on Knoble Road. Electric vaults are underwater, yet people are still driving through the closed signs and even wading and playing in the water. Homes in the area have flooded septic systems, it is not safe to be in the water there.

The homeowners association representative tells me they have been paying fees into a fund since the development was built and those funds were to pay for Fir Meadows to be put on sewers, yet, after 49 years, the sewers have never been added. They have also paid for their own street lights for that entire time as well. Most neighborhoods in Pierce county do not have to pay for street lighting, the county pays.

Pierce County Public Works has been clearing out and extending ditches in the area according to Fir Meadows neighbors. The flooding persists and they are wondering what besides the rain has caused the water to not run off. What changed, they asked the county without receiving an answer.

Perhaps, for the sake of neighbors whose homes are flooded and who cannot reach their driveways without swimming, and emergency should be declared for the neighborhood.

Pierce County – declare an emergency for these people; they need some assistance. 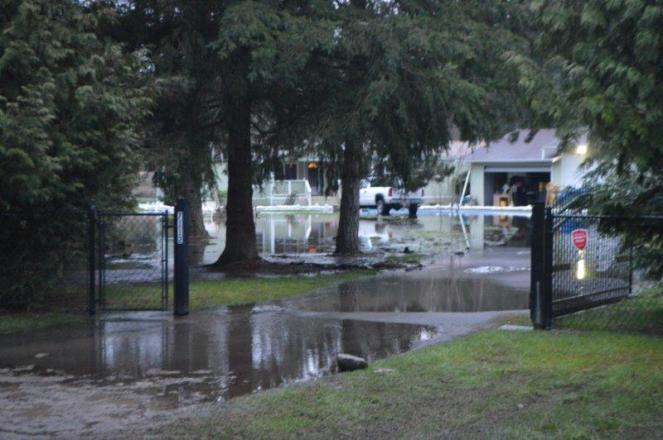 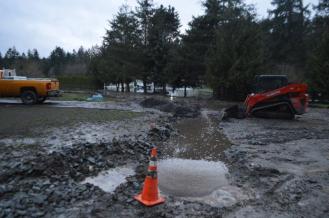